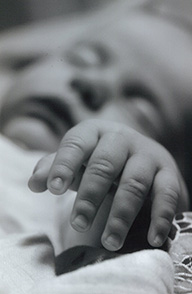 Janine Linden, an artist and the mother of 6-year-old twins, has emerged from two years of widowhood into a new “normal.”  Her framing business is thriving, and her own paintings are on the brink of being accepted by a New York gallery.  Then, Janine receives an unsettling phone call.  The son she’d relinquished at birth 18 years ago is looking for her.  Or is he?  He makes one attempt to contact her, then disappears.   When Janine embarks on a search for the missing boy, she faces an official wall of silence, the disapproval of her parents, and her own fears of what she may discover.  With some reluctance, she enlists help from the boy’s father, Dan Gannon, whom she hasn’t seen or spoken to since high school.  Dan’s life is already a balancing act, as he manages part-time fatherhood, a busy orthodontics practice, and a graceful exit from his crumbling marriage, but he agrees to join the search.  Despite the years, he has never forgotten Janine.  The investigations of these two “detectives” re-open old wounds and uncover tightly held secrets in both their families, in the adoptive family, and in their own hearts.

Set in 1984, OUT OF LOVE explores the murky experiences of pregnant teens in the 1960’s, before Roe v. Wade, and delves into the journeys of adoptees and birth parents looking for one another before the Internet age.  OUT OF LOVE is about the double-edged sword of second chances, and the conflicts and heartaches that arise when different people facing the same problem all act out of love. 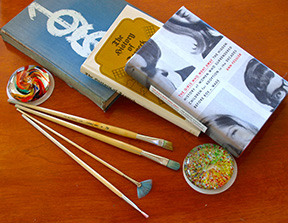 The story for OUT OF LOVE entered my imagination through the back door.  I had an unpublished novella that I wanted to expand into a full-fledged novel.  Playing with ideas on how to do that, I thought that one possible option was to flesh out the back story of the main character, Dan, who had gotten his high school girlfriend pregnant and had never seen her or his child since. I decided to do a little research on teen pregnancy and the long-term effects of adoption on the birth parents.  And that’s when my imagination’s back door sprang open, because that “little” research led me into a fascinating world of real-life dramas that involved almost every kind of love --- young love, parental love, marital love, love that has run out, and even rekindled romance.  Rich territory for any novel.

So, Dan stepped completely out of the novella and into a brand new story, OUT OF LOVE, and he was joined there by another main character, Janine, that high school girlfriend who had occupied only a few sentences in the novella.  The story unfolds from both their points of view.

I set OUT OF LOVE in 1984 for two reasons.  I wanted Dan and Janine’s search for their son to take place without the resources of the Internet, requiring them to knock on doors, face down petty bureaucrats, and generally do a lot of leg work together.  And I wanted the pregnancy to have occurred before the 1973 Roe v. Wade Supreme Court decision, during the era when birth control was tightly restricted, and abortion was illegal, expensive, and dangerous.  “Nice” girls then didn’t get pregnant, and those who did were either rushed into marriage or hidden away in maternity homes and almost universally pressured into relinquishing their babies for adoption.  Between 1945 and 1972, one and a half million babies were surrendered for adoption, the majority of them by young women from upwardly mobile, white families.  And this is not counting the babies who were adopted by someone in the family.

As part of my research for OUT OF LOVE, I read a lot of oral histories, mostly from birth mothers, or first mothers, as some of them like to be called, and also from birth fathers, adoptees, and adoptive parents.  One collection that was especially helpful was The Girls Who Went Away by Ann Fessler, and the moving documentary, A Girl Like Her, based on Fessler’s book.

OUT OF LOVE is set in my hometown, Teaneck, New Jersey, and the back story of Janine and Dan’s high school romance takes place during the same years when I myself was a student at Teaneck High School.  I knew firsthand the social forces that drove girls of that era into hiding when they got pregnant outside of marriage and that coerced them to relinquish their babies.  What I hadn’t known until I did my research were the long-term psychological effects on birth mothers, birth fathers, and adoptees in closed adoptions.  My high school boyfriend and I, though amorous and in love, remained virgins.  Nevertheless, I gave Janine and Dan our song, “Moon River,” and our parking place, Jones Road.