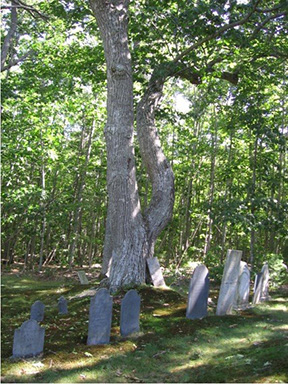 When thirteen-year-old Helen Schneider receives a psychic vision of a neighbor caught in a catastrophic fire, she’s too frightened to tell anyone.  Her grandmother discovers Helen’s secret and wants to train her to be a medium.  Afraid of being branded a freak, Helen resists.  She suppresses her clairvoyance for years, leading a normal life that includes the bloom of first love.  Then, in 1941, the young woman is jolted by a startling premonition.

Believing it’s her patriotic duty, Helen agrees to hold séances for the grieving families of dead servicemen.  Increasingly fascinated with the world beyond the grave, Helen develops an urgent desire to learn why spirits come to her.  At the same time, she faces sharp anxieties in the world of the living.  Will her feisty German grandmother be sent to an internment camp for enemy aliens?  Can her deepening romance with Billy Mackey survive his disapproval of the gift that makes her different from other people?  Or will the day come when she has to choose between him and her amazing ability to contact the dead and see the future?  And why is the U. S. Army suddenly so interested in her séances?

THE MEDIUM, a historical tale of suspense and romance, is rich with details about everyday life on the home front during World War II, and it paints an eerily appealing picture of the mysterious realm of ghosts and spirit guides.  Searching for her true place in both worlds, Helen resolves to determine why the dead come to her and what to do about it. 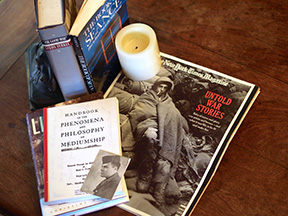 When I spotted the headline in the New York Times --- “Britain Issues Pardon to Last Jailed Witch” --- I assumed that the descendants of some midwife or herbalist or folk healer from the 1700’s had petitioned for their ancestor’s pardon.  But when I read the brief article, I was amazed to discover that the woman who was being considered for pardon had been tried and convicted of witchcraft in London in 1944, under a law still on the books from 1735.  It turned out that she was a medium and that she’d been giving out information about the deaths of soldiers before the government had notified the families.  In one instance, she related the sinking of the Barham, which went down with no survivors, before news of the event had been made public. With the super-secret preparations for D-Day underway, the British

government wanted to silence Helen Duncan, and imprisoning her was a way to do that.  Hence, her trial and conviction under the centuries-old law.  (And, by the way, she never did get the pardon.)

That little newspaper article was the inspiration for THE MEDIUM.  I didn’t start working on it right away --- the idea sat somewhere in my brain for a while like a dormant seed --- and when I finally did start writing, it was not to tell Helen Duncan’s story.  The story I was interested in telling was a story set not in England, but on the American home front during World War II, a story of someone whose psychic abilities cause her trouble not only on a practical level, but also in her own mind and heart.  My character, Helen Schneider, faces the usual coming-of-age struggles with family, sexuality, and identity, but for her, these struggles are further complicated by her “gift” and by being a German-American during wartime.

Basically, I set myself three tasks.  One was to create an authentic picture of daily life in the United States during the late 1930’s and the war years of the 1940’s, particularly in northern New Jersey, where I grew up and where my parents grew up.  It’s an interesting era in and of itself, plus the events of that time shaped the youths of my parents and impacted all the adults in my childhood.  Another task was to examine how a young person moving into adulthood figures out the balance between being true to herself and also fitting in to society, things we all go through no matter what our time in history.  And, finally, I wanted to accurately depict psychic phenomena and the beliefs and practices of mediums.  Research for this last task led me to spend three fascinating days in Lily Dale in upstate New York, a small town inhabited exclusively by Spiritualist mediums.