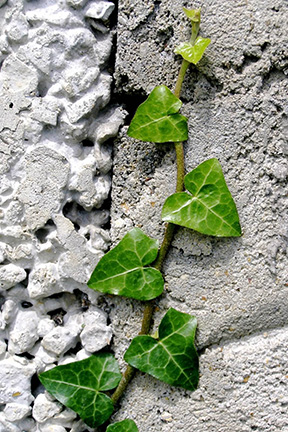 “I came to Isabelle Martin when she needed me most.”

So says Hanna Willer, a young woman in 1886 Philadelphia, as she begins the tale of her momentous year as a live-in maid in the employ of prosperous shopkeeper Edwin Martin and his lonely, pregnant wife, Isabelle.  Hanna, a level-headed country girl, soon notices strains in the Martin marriage.  Isabelle is dangerously discontented with her life.  She only brightens when Edwin’s friend, the Reverend Dale, visits.  Hanna and Isabelle forge a friendship of sorts, despite the differences in their personalities and status, although it’s very different from the easier, more comfortable relationships Hanna builds with Mattie, a factory girl, and with Mattie’s handsome brother-in-law, Lorenzo.

When Edwin Martin dies suddenly, his father insists on an autopsy, and Isabelle is accused of murder.  Her trial, sensationalized in the press, becomes a touchstone for the shifting values of modern society.  Hanna is called to testify, and as she prepares for her day in court, she wrestles with the new attitudes that city life has bred in her --- attitudes about what’s possible between men and women; what’s fair and unfair in the lives of her immigrant friends; and what one person can do in the face of large, powerful forces like public opinion and accepted wisdom.

From the rippling effects of the advent of electricity to labor strikes to the very beginnings of the women’s movement, THE SHOPKEEPER'S WIFE delivers an enthralling story of the birthing of modern America and the lives that are forever changed in its wake. 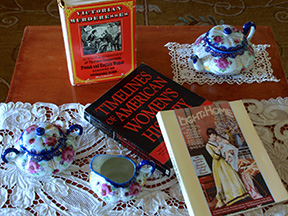 After writing my first historical novel, WALKING WEST, I reverted to the contemporary settings I’d always worked with before, producing short stories and another novel.  Some of the stories got published, but the novel never found a home.  So I made a resolution.  Enough, I told myself, of this serious, under-appreciated, literary stuff --- I would write a popular, breezy, supermarket-rack novel.  I would write a murder mystery.

Pulling out a book about murder that I’d picked up in a used bookstore a few years earlier, I began to browse through it to get myself into a criminal frame of mind. The book was a scholarly study called Victorian Murderesses, edited by Mary Hartman, and it analyzed, from a sociological point of view, the real-life

cases of 13 “respectable” French and English women from the 1840’s to the 1890’s who had been accused of murder.  I soon found myself intrigued by one particular woman, Adelaide Bartlett, and her sensational trial in 1886 London.

Fine, I thought, I’ll take some of the facts of Adelaide’s case, move the story into modern times and onto American soil, and I’ll be all set.  But as I fiddled with the idea of a present-day setting, I kept coming back to the fact that what really interested me about the story was the light it shed on the lives of ordinary people at the turn of the twentieth century, which was a time of tremendous social change in the United States.  There were organized forces for change like the women’s rights movement and the beginnings of labor unions.  But change also grew out of seemingly neutral events like the invention of the typewriter, which allowed middle-class women to enter the work force for the first time, and, in turn, led to the simplification of women’s clothing; or the bicycle, which let adventurous young couples literally escape the watchful eyes of their elders.  So I decided to stick with 1886, and Adelaide Bartlett became Isabelle Martin, the discontented wife of a prosperous Philadelphia shopkeeper.  Or, rather, Adelaide was the seed that sprouted Isabelle, a distinct personality in her own right.

Though I’d set out to write a mystery, I had no interest in inventing a detective.  But I needed a narrator.  Aha, I thought: a maid!  Servants always know a great deal about the personal lives of their employers.  True to the era, my maid would be a country girl come into the city to work.  With these two characters in hand, I began writing.  Lo and behold, within a few pages, the maid, Hanna Willer, insisted on taking center stage, and THE SHOPKEEPER'S WIFE turned out to be as much Hanna’s story as Isabelle’s, if not more.  Not only that, despite my original commercial intentions, the story quickly veered away from the neighborhood of the supermarket racks.  Themes of friendship, gender, secrets, and silences engaged my attention.  At one point, I was dismayed to realize that I was on Chapter 17, and my murder victim was still alive!  But one reviewer later called THE SHOPKEEPER'S WIFE a “strong and finely crafted psychological novel” and “a quiet thriller,” so I guess I did all right in the end.